Picking your own strawberries is a fun springtime event. The anticipation of a summer full of fresh produce gets us all excited to go out and fill a bucket with the first fruits of the season.  CCCGA’s staff recently took an office field trip to Spring Rain Farm for some PYO strawberries and sat down to lunch and chat with one of the owners, Mary McCaffrey.

Mary and her husband, Billy, own Spring Rain Farm.  Billy bought the farm in 1980, before the two were married, and put in the first bog in 1984.  Why did he decide to start farming cranberries? Mary said when surveying the land for possible uses, Billy’s uncle said there were cranberries nearby and water available, so why not?  After the first bog, he put in more bogs in ‘84, ‘85, ‘92 and ’97.  During this time, Mary came into the picture and they were married in 1986. 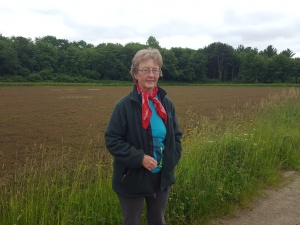 Billy and Mary have two children, William and Sarah.  Mary remembers having bonfire parties down on the bog when the kids were young. They’d invite the entire 1st grade to go for hayrides and ice skating.  Through the years they’ve also hosted big pot-luck parties after the harvest was complete.

With no agriculture or business classes in their background, Mary and Billy have blossomed their one bog operation into 11 ½ acres of cranberries, 1 ½ acres of strawberries. The strawberries were Billy’s idea when the price of cranberries fell in 2000 to help supplement their income. They started with 6,000 plants the first year and now have approximately 25,000 plants on 1 ½ acres. In 2007, they made use of a renovation grant to renovate their original Howes bog and planted Mullica Queens. Now they currently have 11 ½ acres growing Early Blacks, Ben Lear and Mullica Queen varieties. 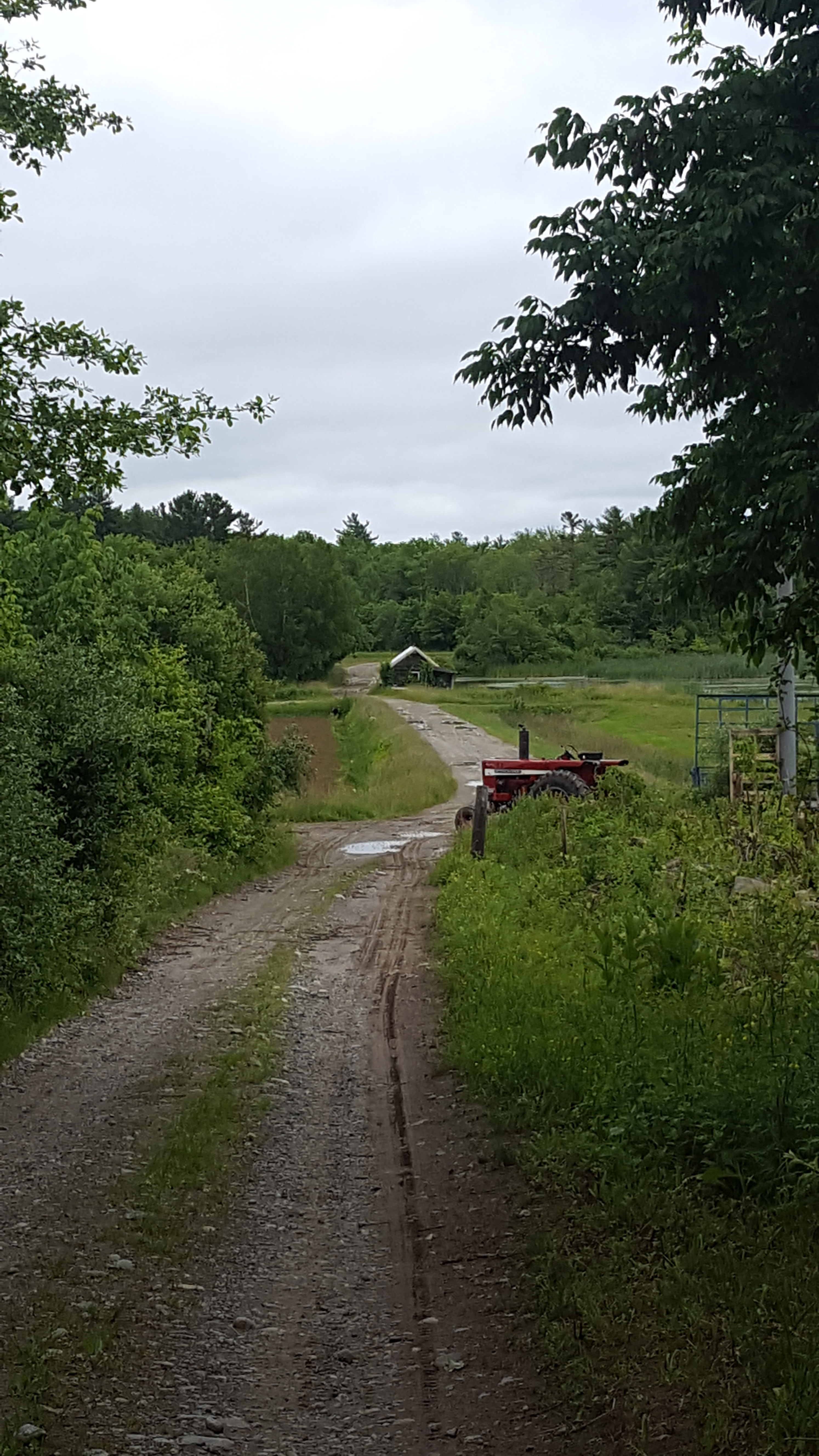 In addition to the cranberries and strawberries, they raise Belted Galloway cattle for grass-fed beef sales, sell hay and have some of the biggest rhubarb we’ve seen. They also do some ag tourism and school tours to the farm. Through the years Mary has gone into the schools and done presentations on cranberries as well. Their most notable event was when they were filmed for a day during the 2008 harvest for a video which plays at the New England Patriots Hall of Fame which, as a season ticket holder, was quite exciting for Mary. 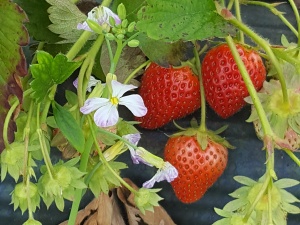 Away from the bog, Mary was on the CCCGA Board of Directors for many years. She is currently on the Environmental & Government Affairs Committee and feels it critical to have a presence on Beacon Hill.  Being able to educate all legislators on farming is important as most have no background in the industry. This year she joined the Frost Committee and loves it.  Learning about how it’s all calculated and what goes into that message growers receive is so interesting to Mary.

Looking toward the future, Mary and Billy see scientific research and promotion of the health benefits of cranberries being a focus of the industry. They also believe their children will eventually be “the farmers” with new ventures such as free range pork, fruit trees and other new products to continue the work of Spring Rain Farm.