This month we shine the spotlight on Jordan and Equus Trundy of Red Meadow Farm in Carver. While they are relative newcomers to all things cranberry & agriculture, they have taken to farming life with gusto! Read on to hear what they’ve learned so far and what they have planned for the future.

Growing up in Maine, Jordan  does have a little ag in his background. He worked for Williams Family Farm and tended to their blueberries for a time. Equus, on the other hand, was more involved with horses. Fast forward through attending Wheaton college, where they met, and moving into IT careers, a visit to the Cranberry Harvest Celebration one year sparked an interest which has helped change the course of their life.

The Trundys were living in Hull but were interested in getting into farming, so they ventured to Carver to look at the property and loved it. Set on 17 acres, their home looks like a little retreat planted among the scenic land of cranberry bogs. They have 7 acres of bogs consisting of Early Blacks, Howes, and Ben Lears. Further back, they have a large garden planted and another area currently being prepped for pumpkins. They also have Katahdin & Painted Desert sheep and beehives—all creatures which serve a purpose on the farm.  All of this combines into a small working farm with big goals which we’ll get to later.

Back to the sheep for a minute though. They are a piece of story that falls into our question of “what surprised you the most in your first year.” Equus told us that the number of wild animals that appear was surprising. From the muskrat that wants to chew through irrigation lines to the heron, turtles, and frogs everywhere they always seem to have company on the bogs. But the one thing Equus never thought she’d have to figure out is how to get a snapping turtle off her sheep’s face when the curious animal got too close to the reptile. Never fear, it all ended well, and the sheep is fine. 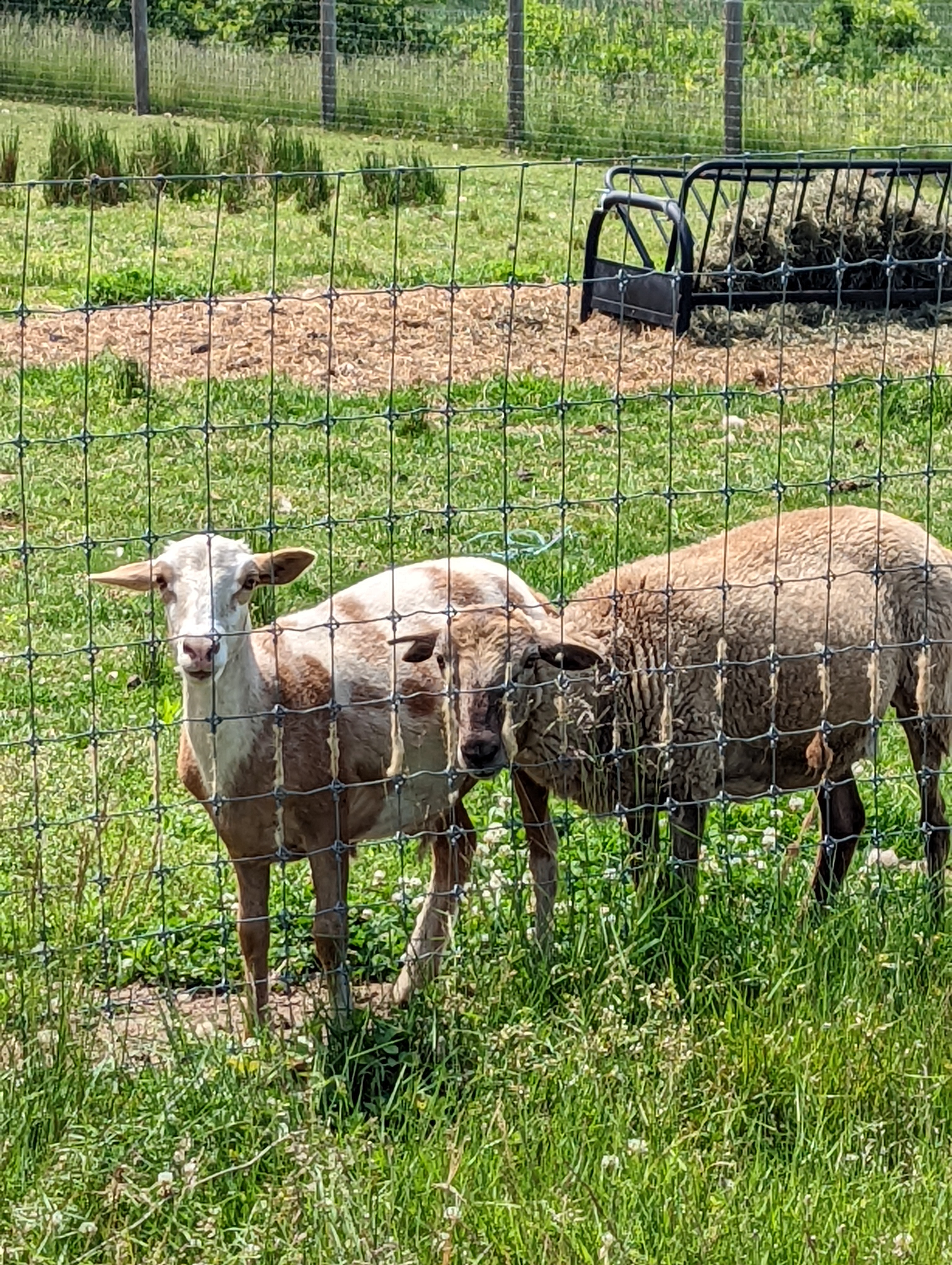 2021 was the Trundys’ first full year and the first harvest they tackled themselves. They have found it to be challenging, yet truly rewarding. The biggest challenge faced is the maintenance and upkeep of equipment. Having no background in motors, Jordan said figuring out how everything works and how to repair it has been an education right down to the irrigation pump. Learning through the advice of other growers has been a huge help. As Jordan told us, there is no YouTube video, guidebook, or Google tutorial on how to grow cranberries. Also surprising to these newbies, was learning that stores don’t sell most of the big equipment used for cranberry growing and harvesting but instead it’s built within the industry by talented growers.

Speaking of their first harvest, they learned quite a bit this past fall. They learned that lots of people want to come volunteer and help with harvest and that “bogs love eating little boys” which they discovered when some little ‘helpers’ got too close to the flooded ditches. They experienced the sun up to sun down harvest day where they ended up corralling berries by the light of headlights. They also dealt with a broken picker when they were almost finished and a trip to the ER for stitches when Equus got hit in the face by a metal tube from the pump. Through it all, however, they found it to be a rewarding and scientific experience where they use modern technology to do an old-fashioned job--farming!

Now for the goals. With the addition of beehives earlier this spring, the Trundys plan to continue to grow out their bee operation.  This year they will be adding a farmstand (so look for it on Meadow St.) to sell seasonal items and cranberries. Their vision for the farmstand is to have it be 3 seasons and invite other farmers to contribute so they can use it as a vehicle to tell the story of the family farm in New England.  The ultimate plan is to have a wine, mead, and cider operation. Additionally, they would like to have the fruits of their labor on the menu at restaurants.

The things they’ve learned this first year will serve them well moving forward. Everyone they have met in the cranberry industry has been super friendly, kind, and welcoming. No one has turned them away for asking a silly question and everyone has been helpful. Their membership in the Association has provided important resources like frost alerts, information tracking with BOGS Online, general advice and networking with other members. Additionally, both Jordan and Equus have joined the Marketing and Promotions Outreach committee and have an interest in becoming more involved as the years progress.

Big things are coming from Red Meadow Farm, and we are excited to see where they grow!