A Sunday afternoon drive through the scenic backroads of South Middleboro yielded a crimson view around every turn. In the midst of his cranberry harvest, Cass Gilmore agreed to take a few minutes and chat with CCCGA outside his screenhouse at Benson's Pond. 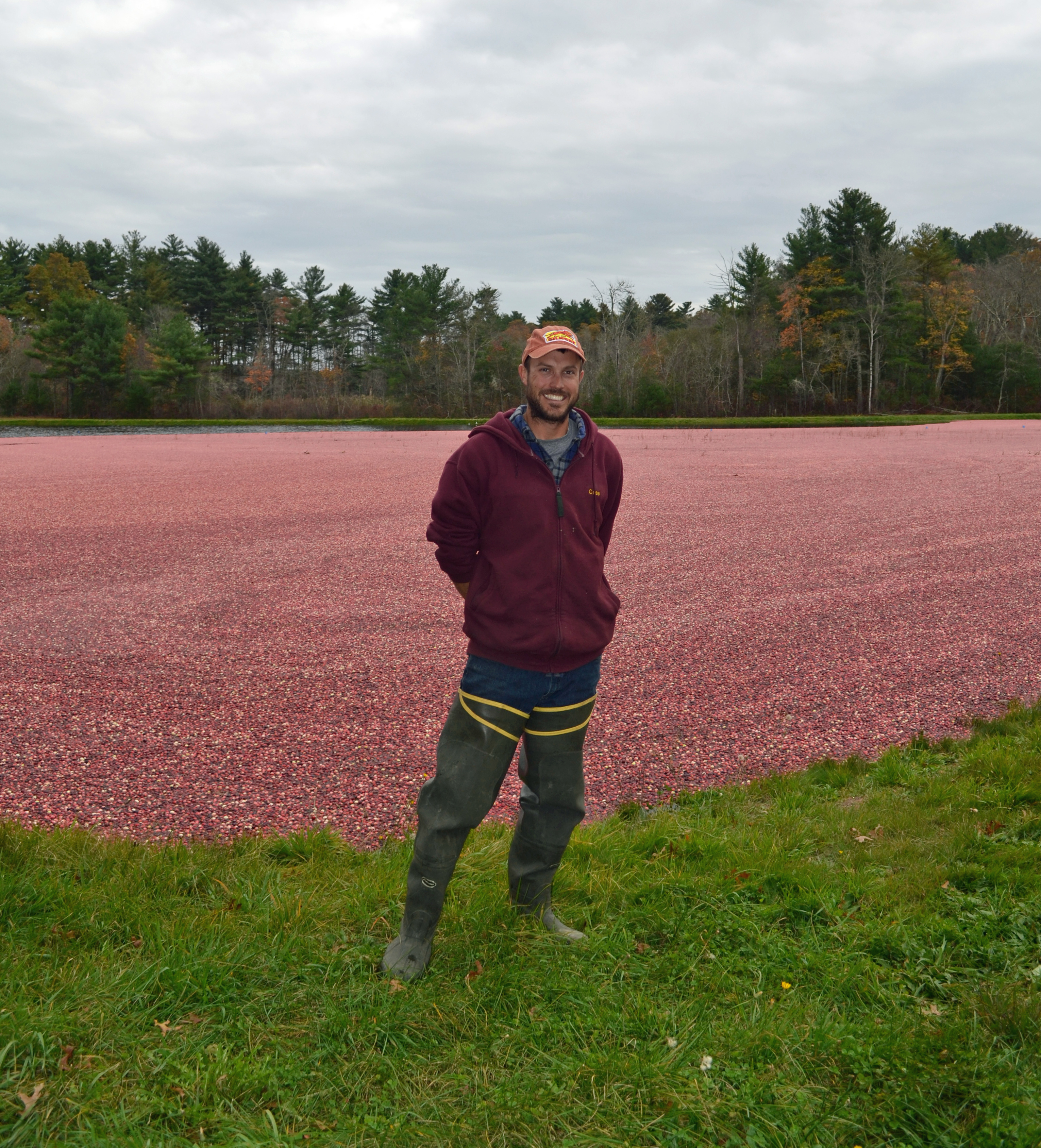 Cass considers himself to be a 3rd generation farmer. His grandfather, Steven, was a dairy farmer until the 1950’s when that market necessitated a change and he began working for Edgewood Bogs. In 1978, Steven became an investor in his sons’ future and helped Cass’s father and uncle, Kirby and Ben, purchase their first bogs.  The brothers expanded their bogs and farmed together until the 1990s when they split their equity. In 2012, Cass joined his father and since 2013 has been a full time cranberry grower.

Benson's Pond is 50 acres of cranberry bogs and supporting upland and the Gilmores are members of the Ocean Spray cooperative.  Cass explains that each year since 2013, Benson’s Pond has seen a 1% renovation per year using Rutgers University (New Jersey) varieties. Efficiency is what Cass sees as a key to the future. He experiments with automation with their sensors and looks towards a day when every bog is fully automated which will require less man hours.

Cass enjoys the life of a cranberry farmer. He says what he likes most is that every day is different and things around the bog are always changing.  And, unlike cows, cranberries

can’t kick! In his spare time, Cass and his wife, Erin, also have a livestock farm that they started in 2014, Bogside Acres.  They raise grass fed beef, pigs and chickens.

This year, Cass and Erin began pivoting Benson’s Pond towards agritourism.  They had their first ‘Bogger for a day’ event, including a farm-to-table dinner, which was a success and they plan to do it again next year.  They are also converting their 1940s screenhouse into a wedding and event venue.

Looking at the cranberry industry as a whole, Cass sees one of the biggest challenges to be competition among global growers. But, he says, Massachusetts has a lot going for it. He’s traveled to farms of all types around the country and believes the irrigation systems found here in MA to be the best.  Cass also believes agritourism can be a great benefit to farmers. The fact that MA bogs are within an hour’s drive from two major cities keeps them close to the population and easy to visit, which is different from growing regions in other parts of the country.

When Cass is not busy at the bogs, he also serves on several committees within the farming industry. He is on the Board of Directors for the Plymouth County Farm Bureau and also serves on its Young Farmers & Ranchers Committee. CCCGA also receives the benefit of Cass’s time where he serves on the Environmental and Government Affairs Committee and the Research Committee.