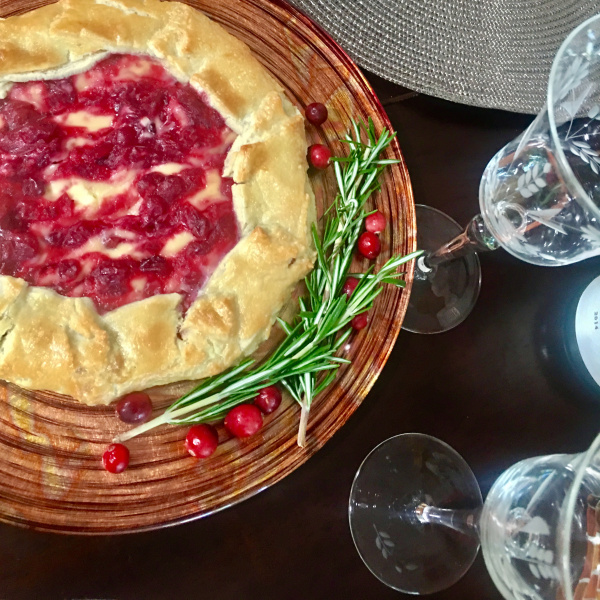 In small saucepan, combine sugar, water and salt. Bring to boil. Stir in cranberries and rosemary. Cook until cranberries have popped and broken down and the sauce has thickened, about 10 minutes. Cool at least 30 minutes.

Preheat oven to 400 degrees. Line two baking sheets with parchment paper. Unroll both pie crusts (or roll out with a rolling pin if homemade dough) into a flat circle and lay on prepared sheets. In a stand mixer with the paddle attachment, or in a bowl with a hand mixer, whip cream cheese, sugar, egg yolks, and vanilla until smooth.

Fold each crust towards center in 2-inch segments, creating about 8 folds on each galette. In a small bowl, whisk together egg whites and cream or water. Brush on folded galette crust. Bake until crust is golden brown and filling is set, about 15 to 20 minutes. Remove from oven and cut each tart into 6 wedges to serve.