On a snowy April morning, CCCGA met up with Roseann DeGrenier of Willows Cranberries at her processing plant in Wareham. It is here, in the early 1980’s, that the DeGrenier story picked back up in the cranberry industry when Roseann and her brother, John, purchased approximately 14 acres with 10 acres of abandoned bogs situated right off the Cranberry Highway. 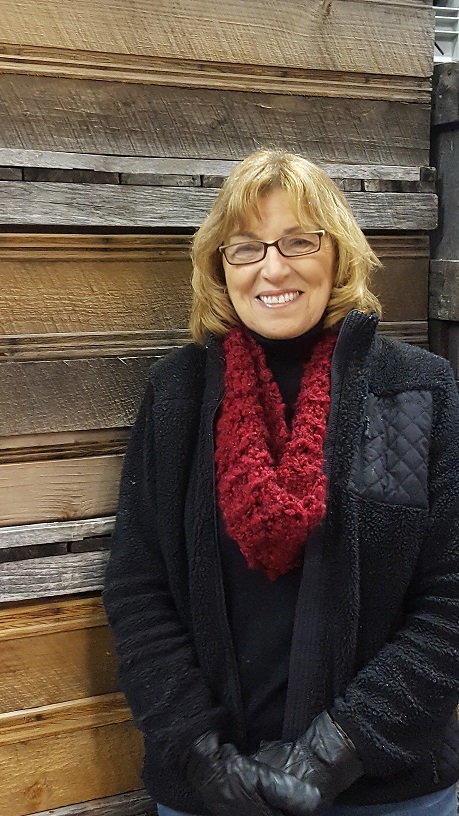 While the siblings took up the business together here, it was not the beginning of the family’s history in cranberries.  Their grandparents had bogs in Onset, MA during the early 1900’s but due to Roseann’s uncles not having an interest in the business, and the other siblings still only children, they did not continue.

Living next door to the bogs as a child, Roseann remembers skating on the bogs, jumping ditches and catching frogs with her brother.  She always thought she’d find watercress growing along the sides and continually brought home all sorts of weeds to her mother hoping that’s what they were. George Briggs, a local grower from Plymouth who was close with their family, paid Roseann and her brother 75 cents a box for picking (everyone else was making 29 cents per hour so they were making big money!) during the harvest.

When John approached Roseann about purchasing the abandoned bogs in Wareham, the bogs were still bearing fruit despite the neglect.  Their family came with old fashioned scoops to harvest their first crop which was small enough to fit on a snowmobile trailer! Approximately 10 barrels were harvested that first year but then, once they started working the bogs, the berries came right back!  During the harvest it would always be a family affair and Roseann remembers her grandmother spreading out her red & white tablecloth for the family’s lunch.

John named the business Willows Cranberries and in 1995, they purchased an additional 39+ acres with 24.24 acres of bogs in Plymouth.  They built the processing plant in Wareham and modernized their operation with mechanical harvesters. Then in 2001, John passed away unexpectedly and the entire Willows Cranberries operation was left for Roseann to oversee.

Willows Cranberries is a registered USDA fruit handler and supplies their fresh fruit to the North Atlantic Region of Whole Foods Market locations.  The Wareham bogs are still dry picked, while most of the Plymouth bogs are water harvested.  They make their own trail mixes, syrups, sauces, vinaigrette, candies and more.

What Roseann likes the most about the cranberry business is, well, basically everything. She enjoys seeing the sprinklers going on the bogs and is a self-proclaimed nature person who loves the smells specific to life on the bogs. 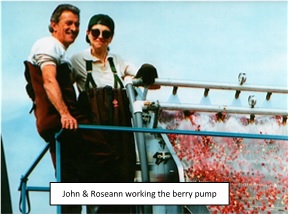 .Outside of her cranberry business, Roseann has managed her own salon since 1969 and, after the passing of her mother, has taken over the management of eight apartments.  Roseann believes if you “give from the heart, it comes back to you ten times over” and is always ready to help CCCGA with donations for events when asked.

The real draw of the bogs for Roseann is still her brother, John.  His memory is alive and well at Willows Cranberries.  With much emotion, she told CCCGA she feels like she still has her bother with her when she’s there and the business “brings warm wonderful memories of the family being together with laughter, fresh air and hard work.”

The “Love of the Land, the Care of the Crop and the Bounty of the Harvest” popped into her head one night while working on a new brochure and has become the slogan of Willows Cranberries.  Roseann certainly has a deep love of the land, cares for the crop and looks forward to the bounty of the harvest each fall. 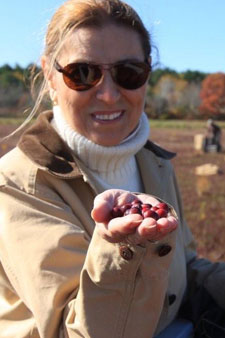