Cranberries have always been a part of Wayne Dunham’s life.  He grew up picking cranberries with his father, Francis, who owned his own bogs and was also the foreman for Waterville Pond Cranberry.  As a boy, Wayne recalls picking cranberries by hand.  He also recounted his work spreading sand on the bogs with a #2 square shovel which, he told CCCGA, was not how most people did it but he liked that shovel.

Wayne bought his father’s bogs in 1976. At the time he was working as an equipment operator for the state and working the cranberries part-time. He told us that after working through the blizzard of ’78 he decided he needed a change. Since the cranberry business was doing so well, he decided to leave his state job and work for himself.  For a time, Wayne also had a side business sanding and picking for other growers.  The Dunham bogs in Kingston currently cover 18 acres. Wayne grows and water picks mostly Stevens variety with some others mixed in.

Wayne and his wife, Ann, have been married for 36 years. While Wayne handles most of the day-to-day workings on the bogs, Ann is very involved as well.  When she worked her full-time job, she used to take two weeks off every fall to work the harvest. 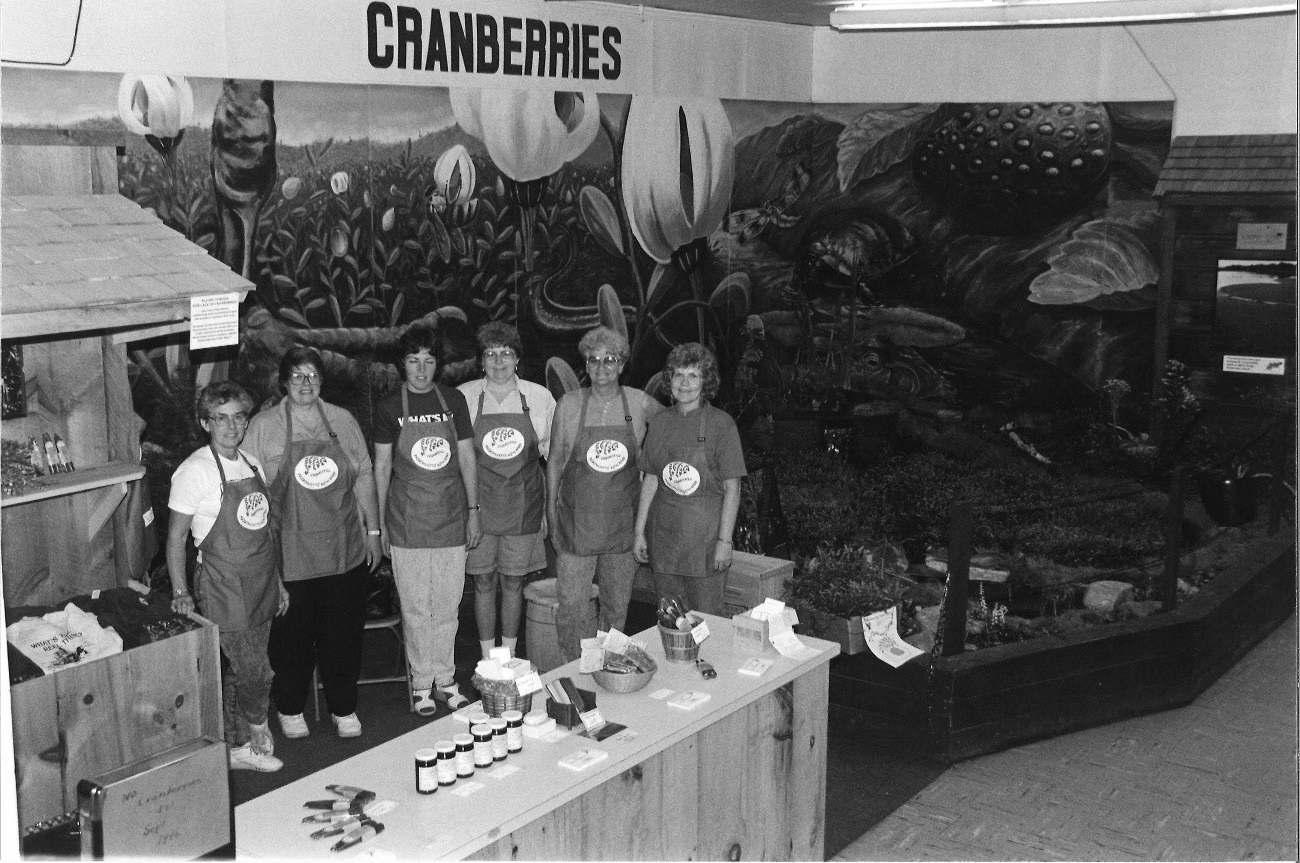 One major part of Ann’s cranberry experience was when she served on CCCGA’s Promotions Committee from 1984-1999.  This committee was very active every year attending The Big E and the MA Flower Show.  At the Big E, the committee had six teams consisting of six women that spent the entire fair selling cranberries and other cranberry items as well as caring for the bog that was built on-site. One morning, she remembers laughingly, she watered the bog exhibit and a whole swarm of mosquitoes flew out! Ann recounts that each year the Governor would come on Massachusetts Day and they would have to take an official photo at the booth—and every year it seemed to be on the day Ann’s team was there! Her favorite part of the exhibit was the chance to talk to people. Most people knew nothing about cranberries and Ann enjoyed educating them. In 1987, Ann started selling t-shirts and sweatshirts for the committee. She would send out mass mailings across the country for orders. Through this task, Ann says she got to know growers from all over the country. 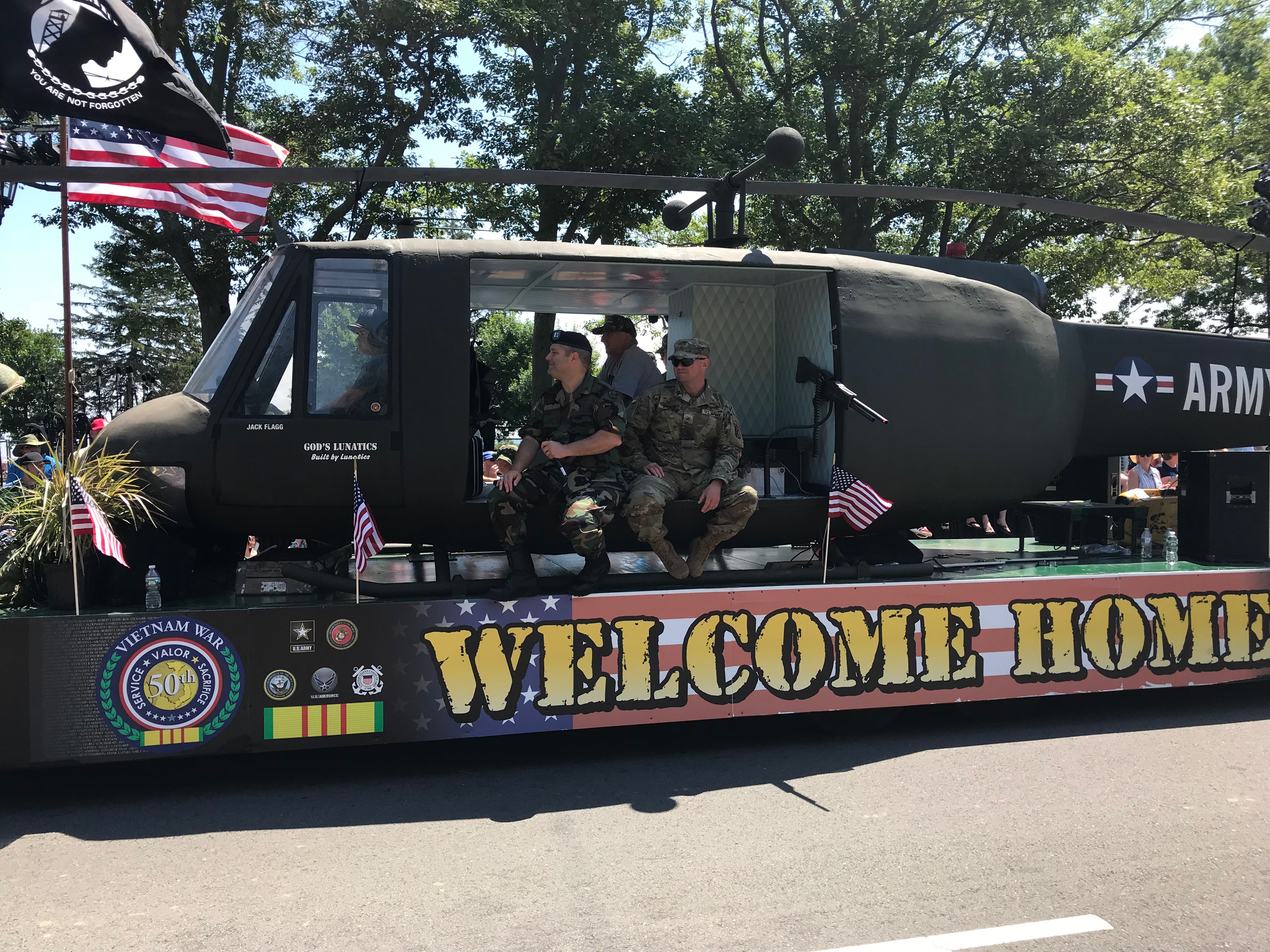 Outside of the cranberry business Wayne, a U.S. Army Vietnam veteran, can be found working with fellow veterans on their Huey helicopter float.  This float carries a replica of a Huey helicopter which was built by area veterans in 2011 and has been featured in many parades over the last several years. The float was moved out of storage unexpectedly and damaged by the weather. Wayne has stored the float in one of his bog buildings over the past winter and he and a group veterans have been working to restore it. The float is used for Vietnam Veterans’ fundraising events and you can see the float pulled by Wayne’s cranberry truck in local parades.

Both Wayne and Ann enjoy life as cranberry growers.  Working for themselves, outside and away from the telephone is a nice way of life. As is a common thought in this industry, the Dunhams say their fellow growers are all great people and always ready to help each other out. 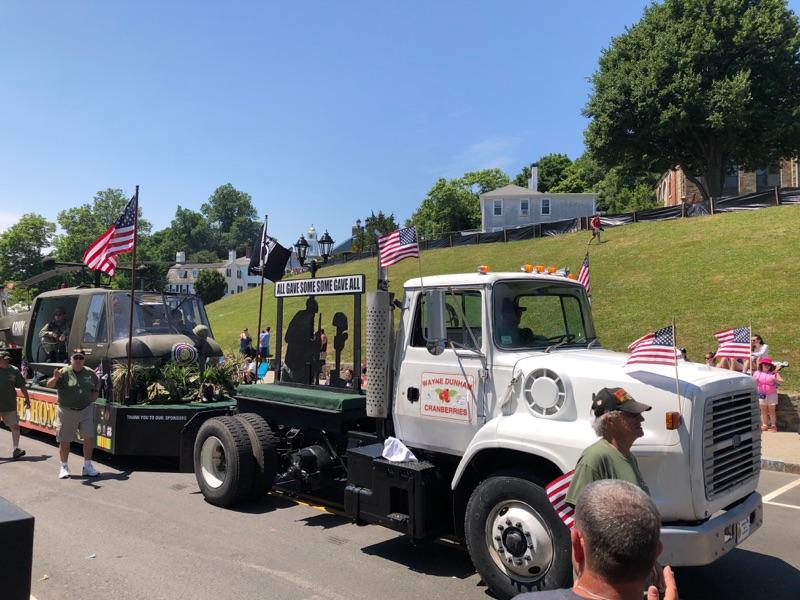