Matt Beaton, a fifth-generation cranberry grower, owns and operates Sure-Cran Services in Wareham, Massachusetts. Managing 550 acres of cranberry bogs, with 330 being his own, Matt remains completely submerged in the industry on any given day.

It may come as a surprise to hear that Matt was not always as keen about cranberries as he is now. As a youngster, he worked on his family’s bogs on the weekends, which eventually spilled into the summer months. However, despite doing so much work on the bogs, he never actually wanted to grow cranberries. All of this changed one summer when he was about 15 or 16. According to Matt, “it all kind of clicked.” After that moment he started to become more involved in pest management. He worked for three summers at the Cranberry Experiment Station doing plant pathology work one summer, integrated pest management the next, and then working with plant nutrition. He continued to study Fruit Science at Cornell. When he graduated in 1989, he received a grant to teach IPM to cranberry growers in Oregon and, upon returning, he became fully engaged in the family business. 12 years ago Matt decided that he wanted to go off on his own to make a career of cranberry farming, and Sure-Cran Services was born. 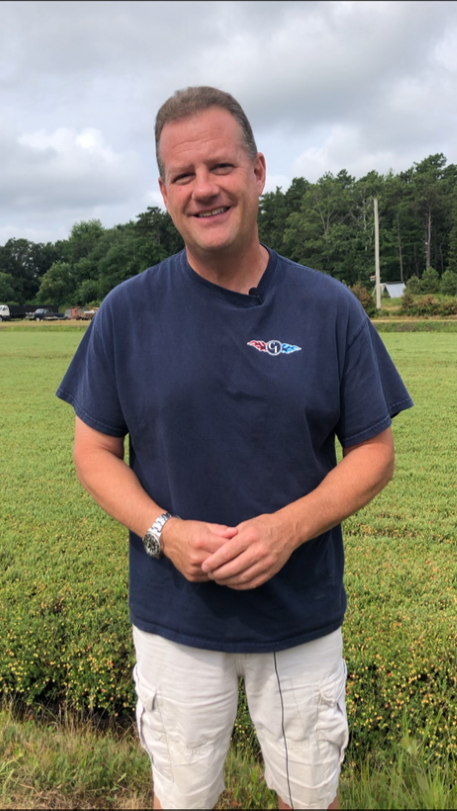 From Matt’s perspective, the importance of technology within cranberry farming lies primarily on its ability to improve efficiency on the bogs. Whether it be harvesters, berry pumps, or other types of specialty equipment, Matt believes it is “not necessarily about building the next best thing, but rather making things that are faster and cheaper”. And so, Matt’s hope with any piece of technology is that it allows him and his team to work faster and more efficiently. With 550 acres of cranberry bogs to grow and manage, the ability to harvest twice as fast as could be done fifteen years ago, has drastically changed the efficiency of farming his bogs.

For Matt, the biggest challenge to cranberry farming is “the things you can’t control.” Weather plays a major role here, keeping any grower on their toes 24 hours a day, seven days a week. Regulations also serve as a challenge, but Matt emphasizes the importance of compliance. Every season presents its own struggles, and Matt believes that a big part of innovation is being on the same page as the people you work with. Without communication and cooperation, there would not be nearly as much efficiency as needed to run a smooth operation.

Aside from growing and managing, Matt takes up several other roles within the industry: he is the second vice president of the Cape Cod Cranberry Growers’ Association, he is on the Ocean Spray board of directors, and is a chair officer on the Farm Credit East board of directors. The key to success in the industry, though, relies primarily on the time and effort put in by everybody involved. According to Matt, if it were not for the men and women who contribute to his work and throughout the industry, its success would greatly falter. Speaking about CCCGA, Matt notes that “you do not realize how much value [they] provide you until you go through some adversity.” For Matt, value correlates with loyalty, and for that reason he feels he will always be a member of CCCGA. “On the local, regional, and national level, if you can speak with one voice you have a lot more power,” and Matt wholeheartedly believes that CCCGA speaks with one voice on behalf of all of Massachusetts’ cranberry growers.

Matt is married with three kids and an adorable rescue pup named Fishbone. When he is not ankle-deep in a ditch or romping through a trove of berries he is, without fail, either at his youngest son’s baseball games or traveling to The Happiest Place on Earth, Disney World, with his family.