There are not many cranberry growing families having their 8th generation still actively growing cranberries. However, the Halls of North Harwich are one such family. We spoke with Alan Hall (7th gen.) recently, who ran through the generations for us. The Hall family settled in a part of Dennis around 1630’s, and are descendants of John Hall, the same John Hall that Capt. Henry Hall is a descendant of.  Their cranberry growing story begins with Nathan Hall of North Harwich who, according to the town register, was listed as a ‘farmer’. His son, John W. Hall, who married Almira Robbins (another notable cranberry family on the Cape) in Harwich. Next in line was Emulous Hall who was the father of John W. Hall (yes, another one) whose son was John E. Hall, Alan’s grandfather. The 6th generation grower in the family was Alan’s father, Arthur H. Hall Sr., then we have Alan and his son Benjamin who brings up the 8th generation. All the Halls worked cranberry bogs along with many extended family relatives who were also part of the cranberry growing industry. 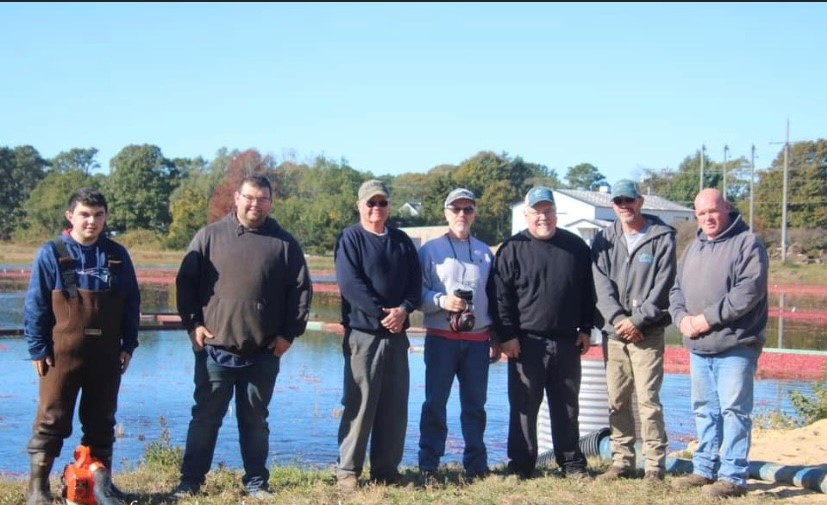 Alan Hall is the 7th generation of the Hall family farming cranberries on Cape Cod. The rich history of his family and that of cranberry growing on the cape is something he holds onto. He has always loved cranberries and grew up working alongside his grandfather and father on the bogs. His grandfather would always say to him “ forget the cranberry industry, go get an education!” Well, unfortunately for his grandfather, Alan soaked up all the cranberry stories and history he’d been told about his whole life, and it became part of who he is. His childhood experiences of family picnics during harvest, sorting & screening berries at night, and making forts out of cranberry boxes instilled the love of the industry in him.

Growing up, every morning at the family breakfast with his father and grandfather visiting, Alan recalls them talking about the different bogs and growers in the area. His grandfather “lived and breathed cranberries” and was a charter member of Ocean Spray when they were on the cape in North Harwich. John E. Hall was a treasure trove of knowledge of the cranberry industry and knew all the ‘old-timers’. During his time, he owned around 100 acres of bogs, always trading up for better bogs. One such bog is the Depot Bog in North Harwich. This bog dates back to the 1850s. Its unlimited source of water and plentiful amount of sand, as well as adequate drainage, have kept it a viable bog for over 170 years. The work was mostly done by hand and John would often say, “if we had bulldozers like we have today, back in the 30s & 40s, the whole Cape would’ve been one big bog.”  When the ’57 Cancer scare came along, it changed the grower outlook and people started to sell off land. Some of the best bogs went for low prices. Alan’s grandfather acquired the Great Swamp bog on Robbins Pond, and he would often say that it would produce “a barrel to the rod” and continued to farm it for 25 years. 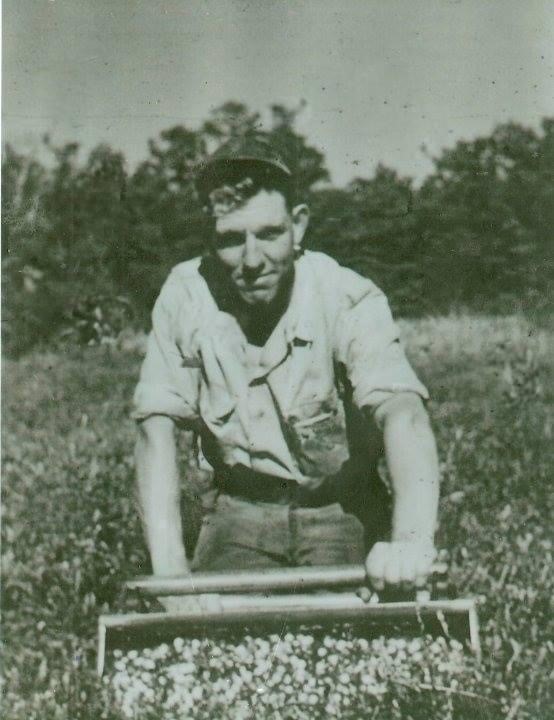 Alan’s father, Arthur H. Hall Sr., managed 35 acres in the 60s, 70s and early 80s. In the 1970s, Arthur and his wife Carolyn started Halls Cape Cod Cranberries. They screened cranberries and sold retail to the public for $0.25/lb. along with shipping boxes across the country. Arthur was diagnosed with MS in the late 70s and recently passed away at the age of 80. 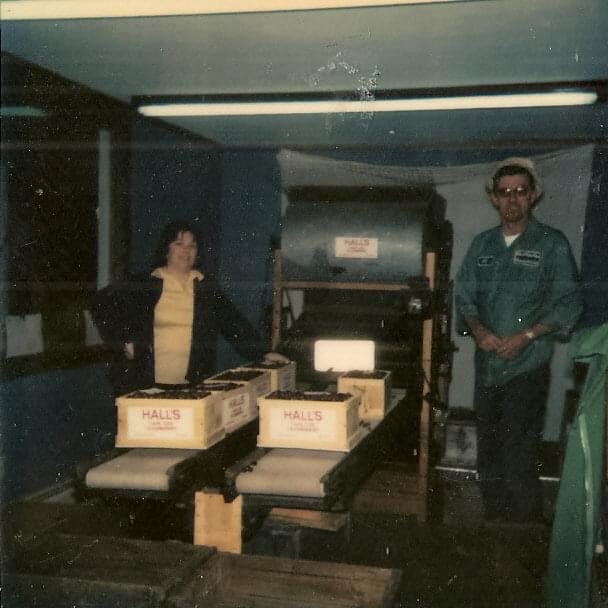 Alan began his own grower journey in 1990 when he was motivated to be an active grower. He built his first bog in 1994. Despite the urging by his grandfather to stay away from cranberry growing, he has continued to carry on the Hall family legacy. After building his first bog, Alan got a picture of his grandfather on that bog “and that was a proud moment”.

The Halls currently farm 7 acres with a goal of increasing to 10-12 acres. They have Howes and Stevens varieties, but Alan would like another section of Early Blacks.  In the late 90s he had a store and is currently working to bring that back. He misses the roadside selling like his family used to do. His goal is to have a center and museum of the cranberries on Cape Cod in North Harwich. Recently, the Halls had a float in the Harwich Hometown Parade and are active on social media—all ways they are keeping their name and history of cranberries out in the public. Additionally, in 1999, Alan sponsored Bill Elliot’s race car at the New Hampshire NASCAR race and, also, made a connection with Sammy Hagar. Every year since, Alan sends cranberries to Hagar’s business office and gets to go backstage whenever he’s in concert nearby. 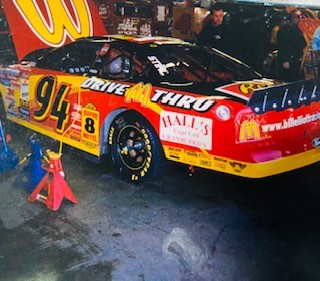 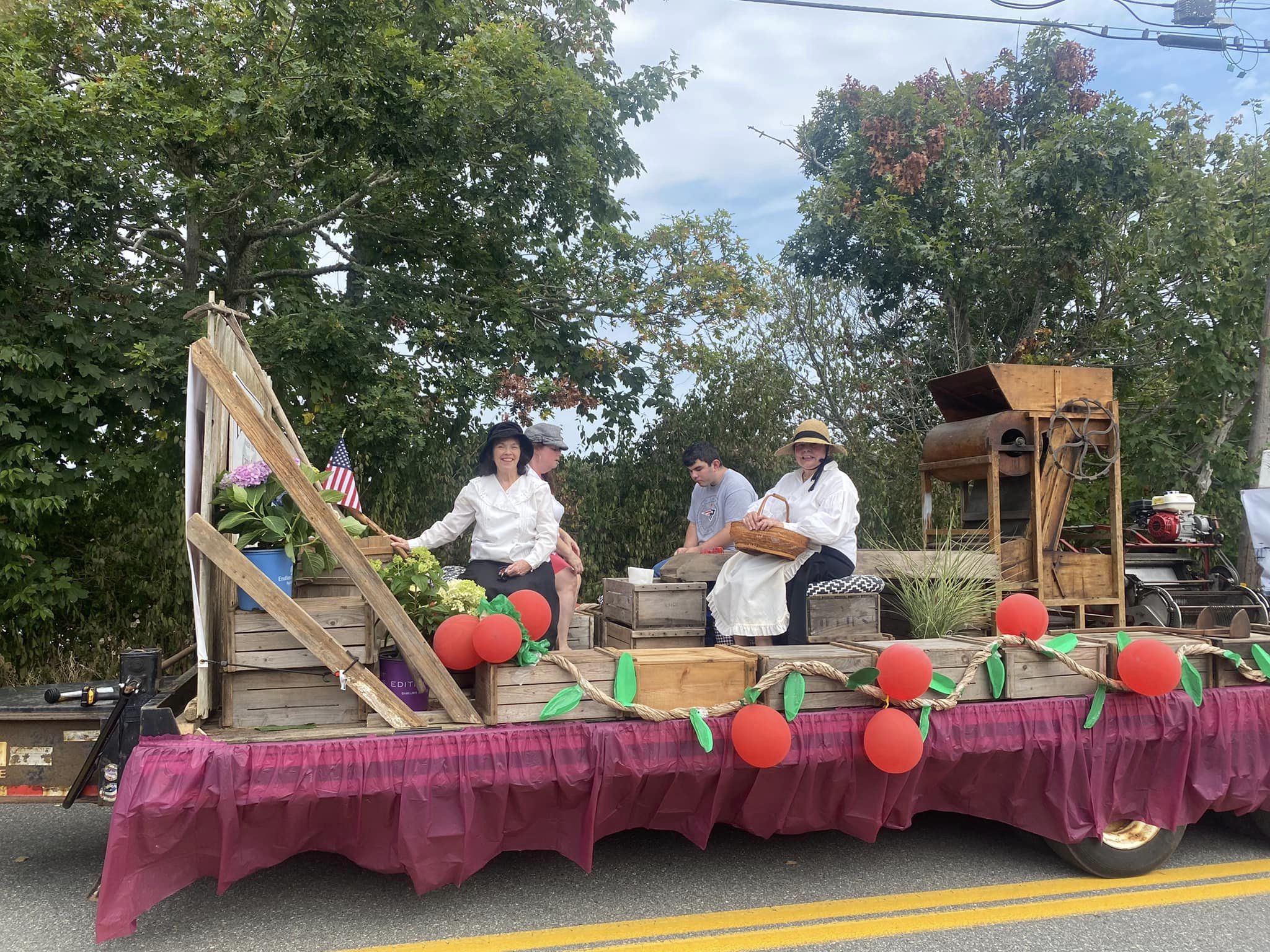 Alan is committed to preserving the history of his family and the cranberry industry on Cape Cod. He has worked as the Facilities Director at Harwich Public schools along with Sandwich Public schools for 23 years. He currently serves on the Harwich Conservation Commission. He was the chairman of the Town of Harwich Agriculture Commission when they passed the “Right to Farm bylaw” in 2009 and says, “you have to have a voice.” Using that voice as he looks to the future, Alan says he would like to be involved on the CCCGA board to serve as a representative of the growers.

The 8th generation of the Hall family continues the cranberry growing tradition. Alan says that his son, Benjamin, has a different perspective on growing and is up to date with all the technology that is now available. If only the 1st generation of Halls could see how far the industry has come!

Alan told us “Cranberries brought a lot to our family: pain, good times, sacrifices, and many unknowns...but what in life doesn’t?” The cranberry industry is a great community and significant to New England, Cape Cod and our history going back to the Pilgrims. “Everybody’s kitchen should have some sort of cranberry products at Thanksgiving and during the Holidays.”