CCCGA recently had a chance to chat with Dom Fernandes of Fresh Meadows Farm in Carver.  A past board member of CCCGA, Dom is a 3rd generation cranberry grower who, somewhat unexpectedly, has found himself following in the footsteps of his father and grandparents for the last 37 years.

As a kid, Dom spent his childhood working with his family on the bogs. Reflecting back on those days, he sees that his parents created an environment of fun for him and his siblings on the bogs. They used to have campouts for four or five days out in the woods where they would work on the bogs picking weeds, pick blueberries, spend time at the swimming hole and sleep in a tent at night. At the time, Dom said it didn’t really seem like work. Now he feels it was a clever strategy by his parents to instill a good work ethic in their children.

Dom had moved away and didn’t expect to come back and get involved in the industry. When his father became sick, he came back temporarily to help out. He likes to say that he is still here temporarily 37 years later! Initially his involvement was money driven.  During the 80s, when it was very easy to get into the business, he started working full time on the bogs.  At some point he realized he was hooked on the lifestyle that being a grower provided. He enjoys opportunity to work for himself and put the values he grew up with to work.  There have been tough times along the way but Dom feels he was lucky to be in the right place at the right time and has found a niche for his farm growing organic cranberries. 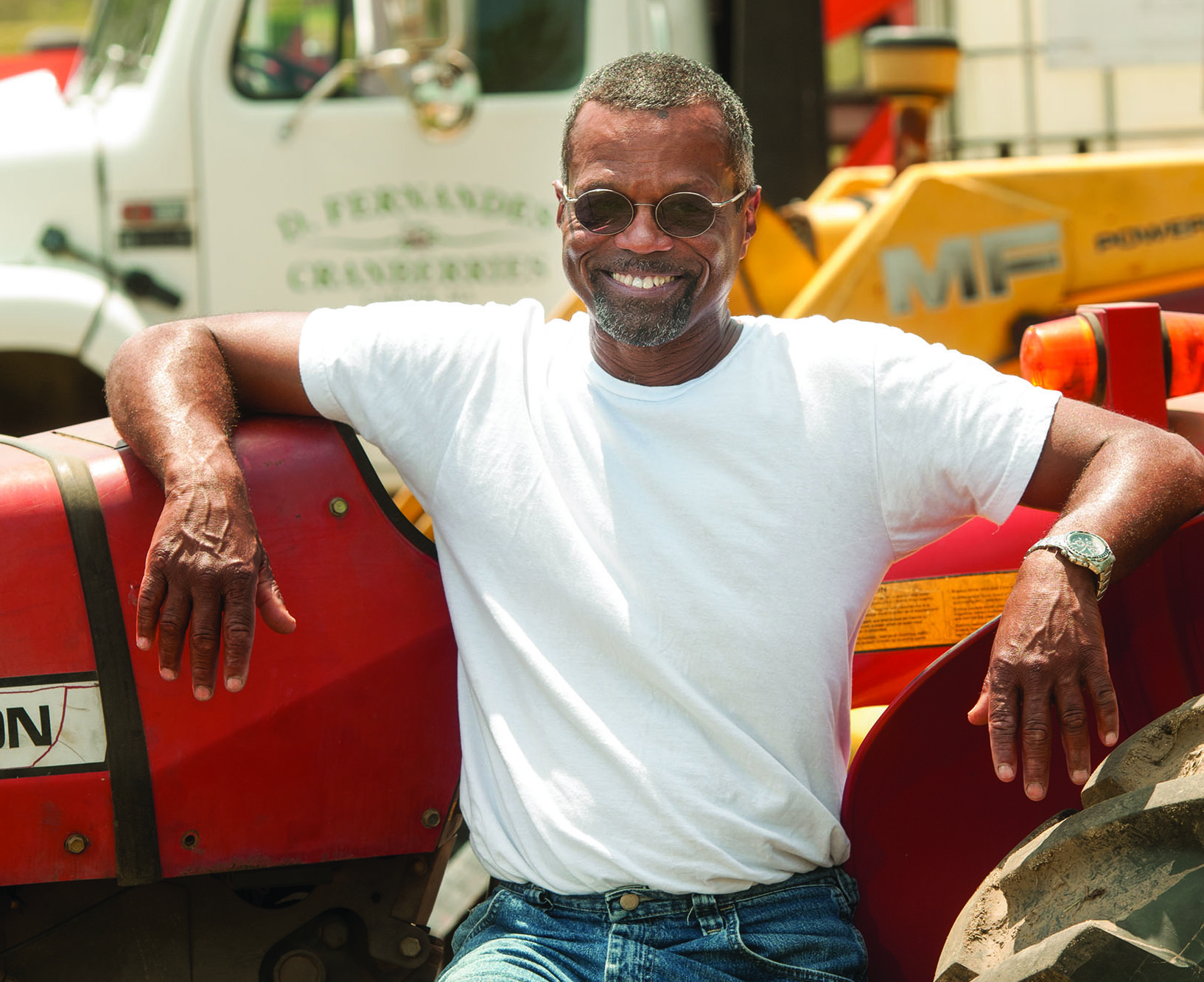 Fresh Meadows Farm has been certified organic for about 10 years.  They started with just 3 acres certified and just completed the 2017 harvest on about 13 acres. The organic market Dom finds to be both challenging and rewarding.  Growing the amount of fruit required to keep the business sustainable, finding locations that lend themselves to growing organic fruit and finding the outlets to sell his fruit all can be seen as challenges. Dom has targeted the heirloom varieties, smaller Early Blacks and Howes, with his organic farming.  He finds it rewarding to be keeping these varieties viable amidst the competition from other growing regions.

Dom has converted an old barn to a screenhouse.  The 100 year old building he had originally planned to knock down, has now been restored to a functioning sorting facility.  He found restoring the old barn to be rewarding.  The old wood and character of the barn has been preserved along with its sense of history while making it useful for his business today.

On a larger scale, Dom sees the biggest challenge to the industry is creating a succession plan for the next generation. He remembers coming into the industry as a 25 year old grower when there were many other young farmers. Now, looking around the industry, he feels he is kind of at the median age. He says he is not seeing the growth in the younger growers which will impact the future of the industry.

While Dom has his organic cranberries marketed under Fresh Meadows Farm, he also sells conventionally grown fruit to Ocean Spray.  He has bogs spread over three towns and says without the auto systems available to growers, it may not have been possible to expand the way he has.

As a final thought, Dom shared that what he has found most rewarding with his organic operation is really being able to promote the Massachusetts tradition of growing berries. The positive parts and aspects of Massachusetts cranberries, specifically the heirloom varieties, are being preserved.  The dry picking of the berries, which is hard to do and sustain, is a tradition started with family farms of Massachusetts and Dom enjoys being able to continue that tradition.