Carver, Massachusetts has many dirt roads that lead one off the beaten path to the beautiful, and sometimes hidden, scenery of cranberry bogs. One such dirt road recently brought CCCGA to Flax Pond Farms and a visit with Jack and Dot Angley at their home overlooking the bogs.

Jack Angley grew up in Pembroke and was on the path to becoming a physician like his father when he graduated from Notre Dame heading to UVM Medical School. He never went and, well, let’s just say that his path turned a different direction and the cranberry industry ended up the eventual beneficiary of that change in course.

Jack’s adventures in cranberrying began in 1967 when he bought 25 acres of bogs at Flax Pond in Carver with the help of his father. At the time he was in the construction business building houses so had the equipment to work the bogs. Since purchasing the 25 acres, Jack has added an additional 10 acres and grows Early Blacks and Howes varieties. 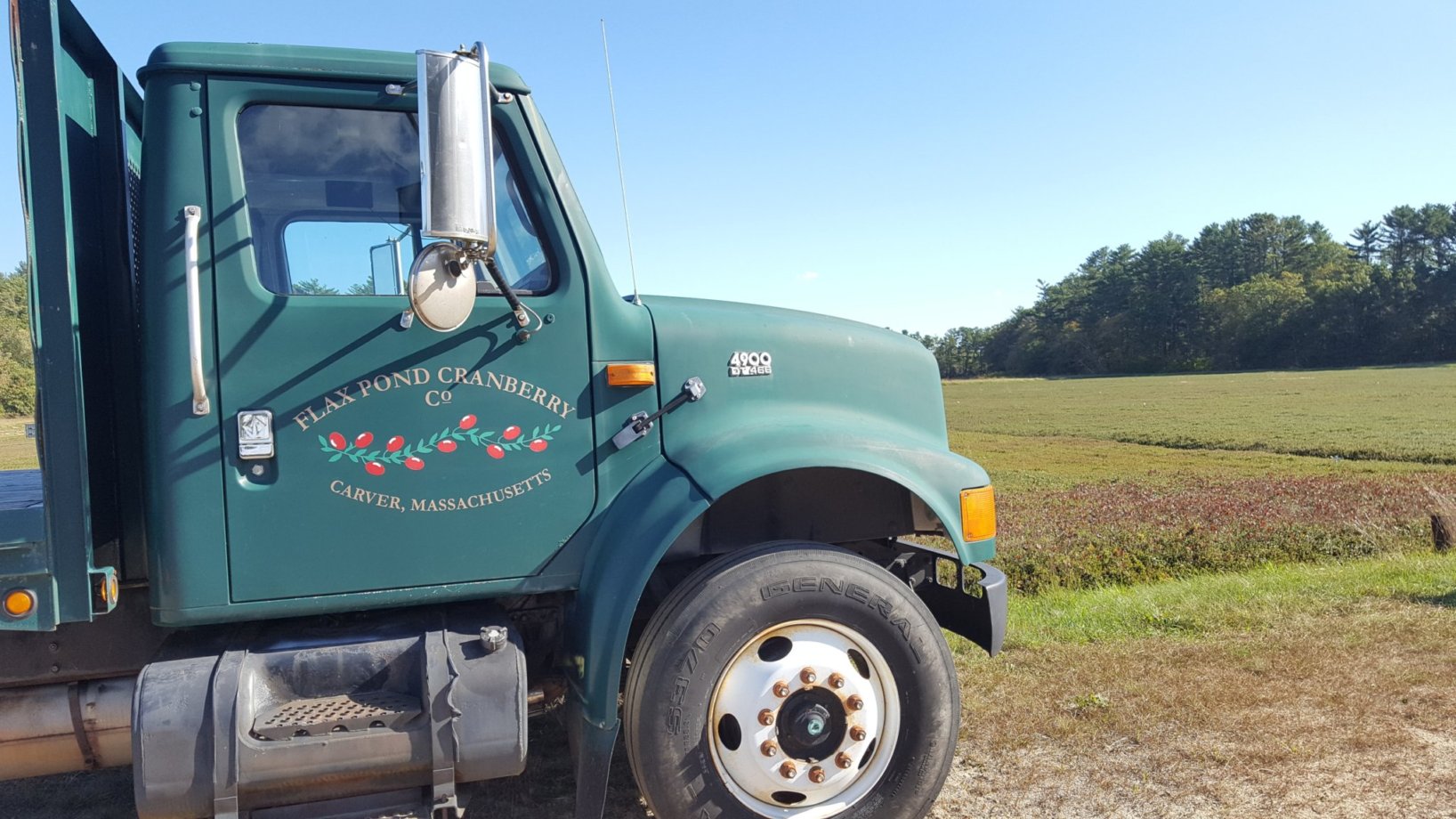 His new business venture that brought him to Carver also brought him to Dot. Dot was born and raised in Carver and has a longer history in cranberries than Jack. Her parents used to help pick during harvest when she was around 4 years old. In 1975 Dot was working in the Town Hall and that’s where she met Jack. He was builing a house and had to visit the Town Hall offices frequently. They were married soon after and will be celebrating their 44th wedding anniversary this August!

Due to the lack of water available, Jack has always dry picked his 100 year old bogs. Back in 1967, the first year Jack harvested his bogs, Ocean Spray had just opened their new facility in Middleboro and closed the Hanson location. Jack recalls not many neighboring growers were dry picking at that time. Several thought they’d like to try it but didn’t want to do the picking. Up until 5 years ago, Jack spent many years taking a crew of workers to dry pick for other growers too. While he says it wasn’t a very profitable venture for him, he is proud that he kept a lot of people working over the years.

The Angleys also have a very successful ag-tourism side of their cranberry business that all began with Dot’s subscription to Country Woman Magazine. Dot tells us that she would send in letters regularly talking about cranberries and, the next thing they knew, the magazine came to interview them. From there, they soon had people coming from all over to learn about cranberries. They hosted visitors in their family room. Dot told us people would come and have cake and coffee while they talked about growing cranberries and then would take them down to the bogs. 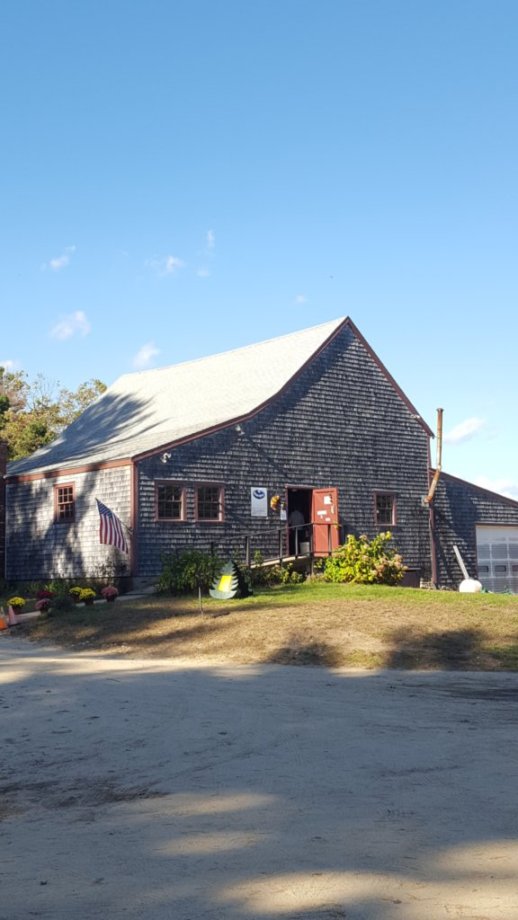 In 2000, they decided they needed a different venue and converted the over 100 year old screenhouse on the property into a shop for tourists to visit. The screenhouse still held all of the original separating equipment from the previous owner and that was all pulled down and setup for viewing. The separator is a big hit with visitors today. Dot, Linda (daughter) and Jamie (granddaughter) run the shop and greet all the visitors with samples and juice. Linda or Jamie then gives a demonstration of how the separator works and visitors are offered the chance to try it out. Jack said he’s had people sit there and not want to leave they were having such a great time! They also sell a variety of locally sourced cranberry products and foods.

The Angleys tell us they love to talk to people from all over the world who come visit Flax Pond. They have contracted with several tour companies since 2000 and have a great relationship with all. When the buses arrive, Jack climbs right in and introduces himself and Flax Pond Farms before inviting the visitors to explore the bogs and the shop. In addition to the scheuduled tours, many times they get last minute requests form the bus company to come up from Cape Cod when their tours experience bad weather and can’t take the ferries to the island. Jack says they can take 50 people at a time and conduct tours throughout spring, summer and fall. The Angleys say in the fall they have 2 to 4 tours visiting daily.

Away from Flax Pond, Jack and Dot have been active with CCCGA through the years. Jack served as President in the mid-90’s and is currently on the Marketing & Promotions Outreach Committee. Dot ran the Promotions Committee for several years and loved working with people. She recalled cooking contests at Edaville in the early 70’s and bringing the world of cranberries to Eastern States Exposition (the Big E as we commonly know it today) in the 80’s.  Jack was the Association’s “PR guy” during the 80’s as well. He would do speaking engagements throughout the area and received an invitation for CCCGA to exhibit at the MA Horiticultural Society’s Flower Show in Boston. He remembers the year they setup a whole bog with 3 working water pumps. They were right in front and had a lot of TV coverage. While Jack says PR is one of the toughest businesses in the world because there is no direct measure of success, it’s obvious that he greatly enjoyed his time promoting the cranberry industry to the public. An avid musician, Jack plays the piano and for over 30 years was part of a trio that played regularly at PJ’s Country House in Scituate. He currently serves as his church’s organist and choir director. He also has served as Carver Selectman, President of the Plymouth County Farm Bureau and, until recently, was the country representative to the Massachusetts Farm Bureau Board of Directors.

Jack and Dot, both in their 80’s, have had some recent struggles with health and getting farm help. Because of this, 2018 was the first harvest in 51 years that saw his bogs partially wet picked. After dry picking 13 acres of Early Blacks, he told us some friends came to his aid. Makepeace let him use their neighboring water source and, with a moveable pump he owns, fellow growers came and helped him get the rest of the harvest in. 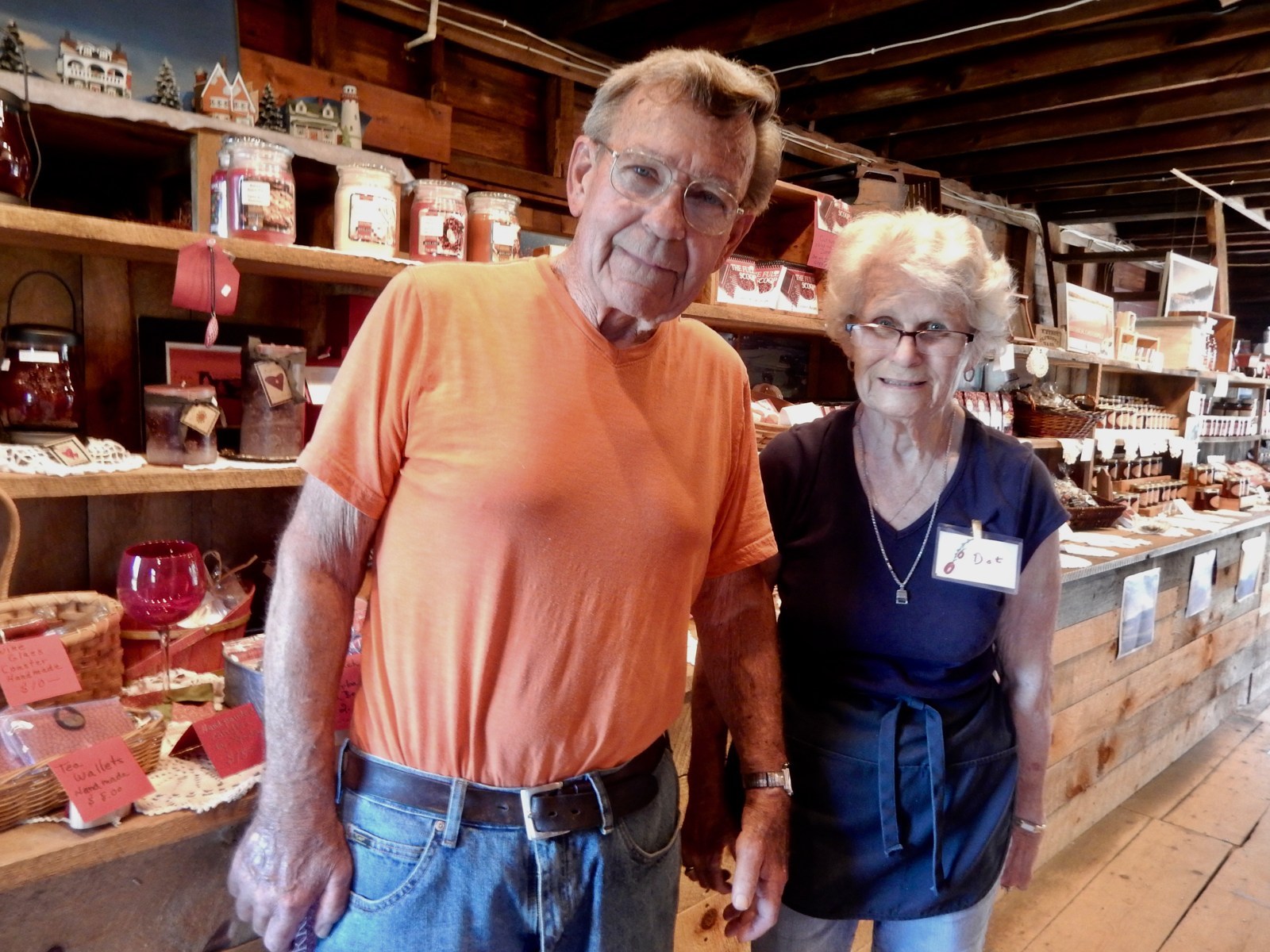 After all these years, Jack and Dot still enjoy being cranberry growers. The feedom to do your own thing and be your own boss without having to go to an office everyday is what has kept Jack cranberrying year after year. Dot, when asked what her favorit thing about growing cranberries is, told us “looking out my window at the view”….and it is a marvelous view indeed.