Nestled in the historic village of Dennis lies a hidden treasure not commonly known to the general public. Down side streets touched by streams of dirt and dust, through arches of beautiful trees and bushes, if you look closely you will see something beautiful, something like stepping back in time.

Driving up a narrow sand covered entry way, a lovely, rustic wooden barn catches your eye to the right. 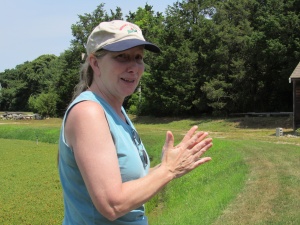 To the left, a sea of green floods your vision as you stare into the large blossoming cranberry bogs. At first glance, you may believe the glorious growing space may be that elusive prize previously mentioned, but the real paragon is Miss Annie Walker, owner of Annie’s Crannies.

From the second you step onto her farm, Annie Walker invites you into her world where history comes alive through her advanced knowledge, kind heart, and irreproachable passion for the cranberry industry.

Annie’s Crannies, aside from being a beautiful bog, is also rich in history and at the center of “Hall Town” as Annie affectionately refers to it. The Hall family is an essential piece of the puzzle in terms of Massachusetts commercial cranberry growing. 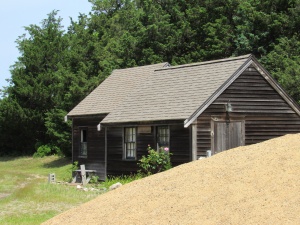 In 1816, Henry Hall accidentally discovered the process of cultivating cranberries when he noticed the crops increased when sand blew over his bog, and thus began the historic tradition of cranberry growing in Massachusetts.

Henry Hall saw the results of his happy accident and decided to test out different cultivation processes for his cranberries. He had one bog that was not producing cranberries to the same caliber as his other bogs, so he moved his cows to this area which he named “Molly’s Pasture”. The bog remained in the Hall family until 1911 when Annie’s grandfather, Ben Walker, bought the bogs and worked them from 1911 to 1959, which is how it received its name of “Ben’s Bog.”

While Annie may spend her days now out in the sunlight, she made her start behind the scenes. Annie pursued her passion for the arts as a production wardrobe supervisor on Broadway. After years of the city life, she was looking to get back to her roots and make her start in the cranberry industry, following in her grandfather’s footsteps. 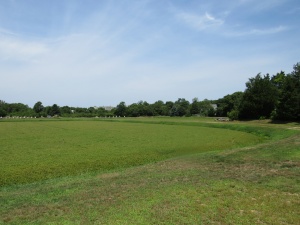 In 1994, she traded yellow taxis for tractors and purchased Ben’s Bog and Molly’s Pasture where she has been cultivating cranberries ever since.

Alongside Annie is her lifelong friend, Dean, who also owns historical cranberry bogs himself. Dean is the owner of the bog where the cultivation of the cranberry began in Massachusetts which belonged to Henry Hall.

Dean and Annie share a passion for growing, history, and a simple way of life. Not to mention, the pair are also avid bee lovers. Dean mentions his favorite part of the bogs are getting to see the native bees in the summer pollinating and making their way through the berries, so much so that he has 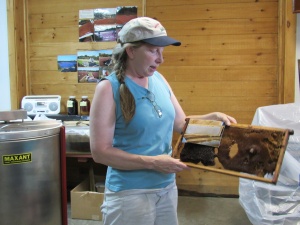 a chair firmly planted along the ditch surrounding his bog to get a front row seat. Dean and Annie offer one another companionship, support, and certainly another set of hands out on their properties.

Annie’s Crannies has been a huge success, all while keeping a simple, organic mindset at the foreground. Annie does not advertise her bog tours, as she believes that the experience of finding her bog is an adventure in itself for those who choose to accept it. She finds that that those who take her tour reap more benefits from discovering something no one else knew about. Annie also integrates little computer use in her business, preferring the pen, pencil, and clipboard method. Despite this approach, Annie’s Crannies secured a large account as the supplier of cranberries for Whole Foods market in Hyannis, in addition to her overwhelming amount of orders throughout the harvest season.

Annie is quite modest about her success as a grower, and contributes her achievements to the rich history of her bog. On Molly’s Pasture, the same bog Hall had little success with, Annie was able to cultivate 457 barrels of cranberries, an impressive feat noted by those who take her bog tour.

“When people on tours say, ‘Wow! And what do you do? 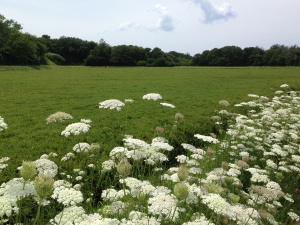 And it has nothing to do with me,” Annie humbly says, “It’s all about the native bees and pollinators and those up above thanking me for preserving a piece of agricultural history.”

As if she was not busy enough growing cranberries, Annie also uses the native bees on her bog to produce several varieties of honeys, each delicious and containing a sweet bit of cranberry. The remaining wax from the bees she uses to make beautiful candles in various molds and shapes.

Although she is not on Broadway anymore, Annie’s outgoing and charming personality still shines through during her bog tours and even just in conversation with her. She brings history to life with her passion and knowledge of her bog and the Hall family tradition, all with the biggest smile on her face. 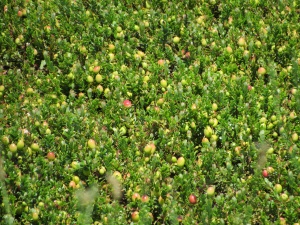 The simple joy of her work is apparent to all who find their way to her bog.

As a cranberry grower, Annie faces the same hardships that many others in the industry are all too familiar with, but her love of growing and preservation of the roots of the industry never fade despite circumstance. Annie is a brilliant representation of tenacity, ingenuity, and provides a firm reminder of living out the phrase “do what you love, and love what you do.”